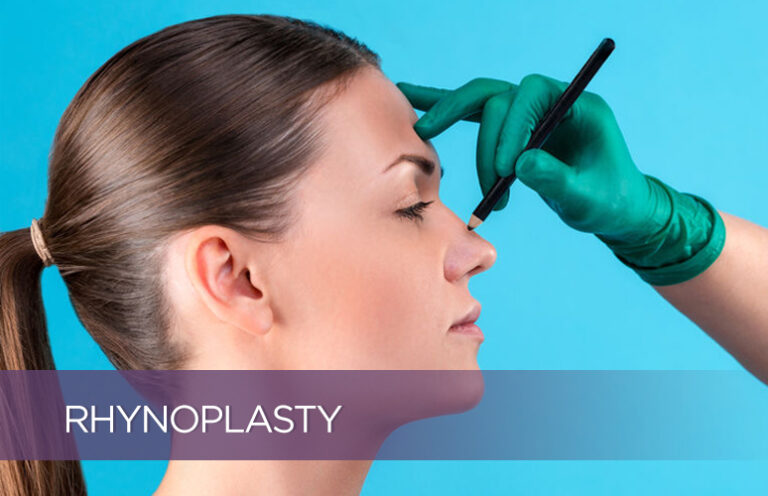 Have you always been concerned about the appearance of your nose? Maybe you feel it is too large, or you can’t stand looking at an unsightly bump on the bridge. A rhinoplasty, also known as a nose job or nose surgery, is a straightforward plastic surgery procedure that you may want to explore.

Rhinoplasty, nose job, nose surgery, or nose reshaping are all terms used for a single procedure that has gained immense popularity amongst celebrities over the years. Being responsible for improving the nose aesthetically, a rhinoplasty brings your facial features in harmony with one another.

Rhinoplasty can improve the contour and proportion of your nose, thus enhancing facial harmony. Nose surgery may also repair structural abnormalities of the nose that impair breathing. A nose job can dramatically improve the shape of your nose, whether it is a result of genetics or some past injury. An asymmetrical nose takes quite a toll on one’s self-esteem and rhinoplasty could be an absolute treat for people with confidence issues because of their nose.

It may be performed separately or combined with another procedure. Many celebrities who underwent rhinoplasty have proudly shown off their slimmer noses with thinner nose bridges.

Some of the reasons why you should opt for a nose job include:

Despite being a cosmetic procedure, rhinoplasty is a major surgical procedure with a number of benefits, such as the following:

Explore more rhinoplasty benefits in The Top 10 Cosmetic and Functional Benefits of a Rhinoplasty.

You are a good candidate for a rhinoplasty if you have a nose that makes you feel unhappy and self-conscious. But while a nose job could improve the shape and appearance of your nose, you need to manage your expectations and realize that surgery will not give you a perfect nose but only a better-looking one that complements your face.

Before getting a nose job, it is recommended to let your nose reach its adult size, which is at the ages 15 or 16 in case of girls, and a year or two older for boys. This, however, might not be the case if the reason for rhinoplasty is a severe breathing problem.

Other considerations for rhinoplasty include your skin type, ethnic background, medical and surgical history, and current medications.

Ethnic background tends to be of great importance. Your surgeon should take into consideration ethnic characteristics of your skin, shape of the nose, and facial proportion.

This is where you’ll have an idea of how skilled and professional your surgeon is, because an experienced board certified surgeon would be skilled enough to face such a challenge, no matter what your ethnicity is. This is also where your doctor will have a clear picture of your expectations, assessing whether you’re here to bring harmony in your facial features or to look like someone else.

Your nose can tell a lot about your culture. Its characteristics can be attributed to a particular ethnic group or race.

African noses are known to have a platyrrhine shape, meaning it is wide and flat. Africans tend to have large nostrils with an obvious lack of a nasal bridge projection. They also have thick skin and extra fatty tissues. Most people with African noses demand:

Asian noses are a lot like African noses, with the main difference being that they sit shallow on the face and are shorter. Their shapes are subplatyrrhine, meaning they are often low and wide. Asian noses also lack definition. Rhinoplasty here aims to make the nose longer and more prominent either through implants or cartilage harvest.

Caucasians have lepthorrhine noses – long, defined , and slim, with an upsweep at the tip of the nose. This is the kind of nose people look for when they consult a surgeon for rhinoplasty.

Hispanics have paraleptorrhine or narrow-sided noses. This type of nose has a drooping tip which is complemented by a dorsal hump. Hispanic people have oilier skin and softer cartilage with a flatter and lower nose bridge. Often challenging for surgeons, rhinoplasty for Hispanics involves:

An ideal rhinoplasty procedure aims to modify certain aspects of the ethnic nose without changing it completely and satisfying the patient as well.

Rhinoplasty done for the first

time with either the aim of improving the function or nose structure, is called primary rhinoplasty. However, when a rhinoplasty is done for the second time, it is called secondary or revision rhinoplasty.

There are many types of rhinoplasty to choose from, but the following are the most common options:

This is the type that is appropriate for people who have a disproportionate or an oversized nose. If you have bumps on your nose, a wide nose bridge, or if the size of your nostrils disturbs you, then this type is for you.

In this type of rhinoplasty, dimensions of the nose are increased. This is often done if there had been too much tissue loss or loss of supporting cartilage after an injury or a surgery.

This type of rhinoplasty is the one that corrects deformities, asymmetries, and breathing problems that occur as a result of accidents or other injuries.

Learn more about this in A Guide on the Different Types of Rhinoplasty.

The procedure starts with anesthesia administration. Most rhinoplasty procedures are done under general anesthesia and take around two to three hours to reach completion.

Depending on your reason for nose job, the surgeon either will start re-shaping your nose by adding or removing tissue or correcting the deviated septum. A large nose may be reduced by removing cartilage or bone. Some types require addition of cartilage grafts from the nose septum, ears, or a section of your ribs.

If the surgery is being done to straighten the septum, then this might involve reduction of projections inside the nose, eventually leading to improvement in breathing.

Now that the object of the surgery is achieved, the tissues and skin in your nose are re-draped. In case your nostrils need to be refined, additional incisions may be created in the natural creases of the nostrils.

According a study featured in the Canadian Society of Plastic Surgeons, a pre-operative evaluation before the surgery, which is based on the texture of skin and oseocartilagenous framework on frontal and lateral views, allows nose to be categorized under the following categories:

These are easy to operate from the doctor’s point of view, often producing impressive results from the patient’s point of view. Such noses often exhibit mild to moderate tip or pyramid problems. Also, with the removal of a specific feature on the profile view, like a hump for example, the patients end up satisfied after the surgery.

These are considered to be have moderate results and range between both the extremes. Yellow noses are not very ideal since patients end up with a characteristic mild to moderate hump in profile view.

Those with red noses are difficult to operate on and end up having limited results from the patient’s point of view. Noses that tend to have one or more major problems with respect to profile view, frontal view, or skin thickness are included in this category.

Before your rhinoplasty, you

need to take some precautions into account. For one, you need to give up smoking weeks before your scheduled surgery, as this can interfere with your healing process during recovery. Similarly, blood thinning medications and supplements should be discontinued at least two weeks before your surgery to avoid bleeding problems.

You also need to learn how to manage your expectations. In order to do this, take a look at lots of before and after pictures and make sure they are of the same ethnicity as yours. Prepare a file of such photos so that you’re able to communicate the change you want in yourself. These photos can be of great help especially in making your surgeon understand what you want and what you don’t want or how a specific thing would look on you. With these strategies, you’ll have clarity in mind. With your help, your surgeon will be able to have a clear picture of the final result you have in mind.

After your surgery, you should be willing to follow all the instructions given by your doctor. During the first few days after surgery, you will be required to keep your head elevated at all times. A splint would be placed on your nose, which would remain there for eight to 10 days. You will also have some nose packs, which should be removed or replaced every couple of days. Your doctor will ask you not to blow your nose for at least three weeks.

Normally, you can resume your normal work routine within seven to 10 days. Make sure you avoid exposure to sun and any kind of activity that exerts strain or increases the risk of having an injury. Also, you should regularly have your follow up appointments once you are done with the surgery.

Risks and Side Effects

All rhinoplasty side effects are expected to subside with time. If you encounter any complications or recurring problems, do not hesitate to call your rhinoplasty surgeon and inform him about it.

The cost of rhinoplasty in Miami can be anywhere from $4,500 to $8,000, depending on a number of different factors like the experience of your surgeon, the type of rhinoplasty to be performed, the kind of nose you have, and other miscellaneous fees. 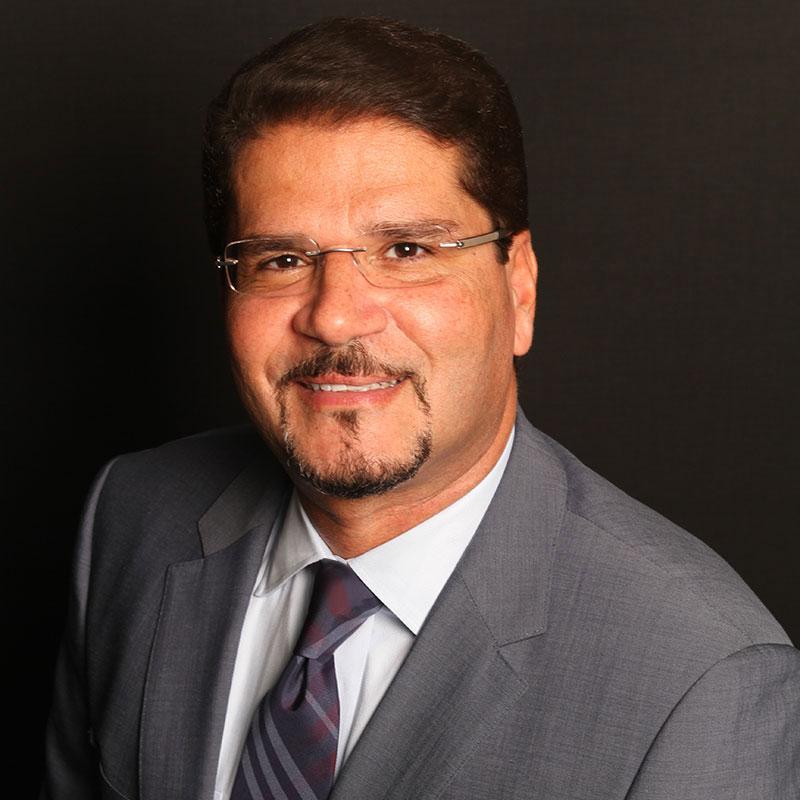 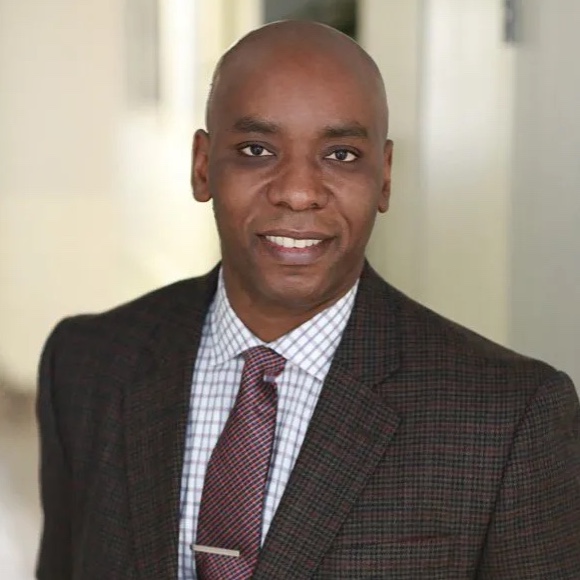 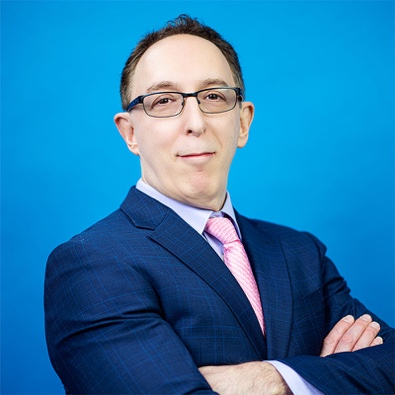 Be the 1st to know about
news and updates!